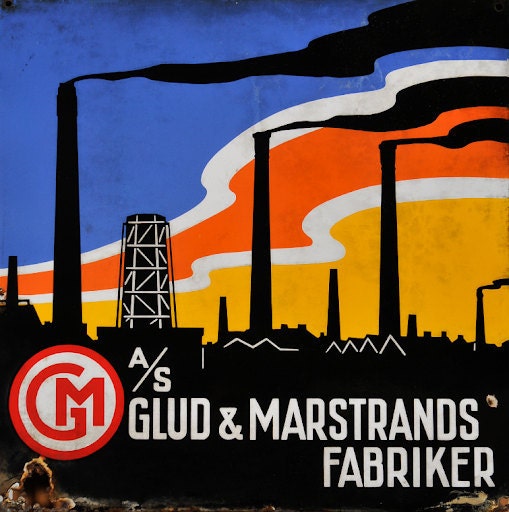 Glud & Marstrand factory on Frederiksborgvej 20 in the year 1895 where they had just become a joint stock company. The company was founded on August 4, 1879 by plumber Poul Glud (1850-1924) and hardware store Troels Marstrand (1854-1929) as Glud & Marstrand. The company manufactured a large assortment of utensils, toys, utensils, kerosene lamps, cooking appliances and tile stove plates, but especially the enamelled kitchen equipment that many will know under the name Madam Blue, gave the company great progress. The market for metal packaging grew strongly in the 1950s so Glud & Marstrand started a collaboration with the company Amarican Can Company and Produced in these years i.a. cans for one of Denmark's largest export successes, ham. In 1978, the capital-rich company was taken over by B & W and in 2005 Glud and Marstrand were acquired by a Dutch private equity fund and today produce packaging for e.g. meat, dairy products, fish, vegetables, confectionery, cookies, beer, tobacco and shoe polish and exports to more than 30 countries. 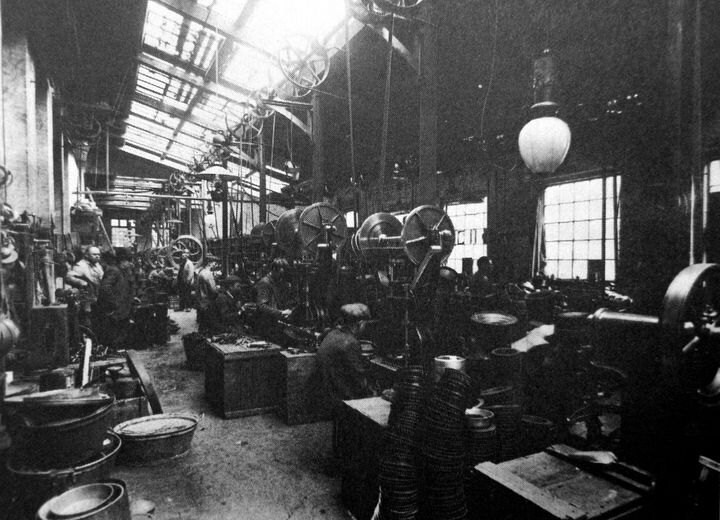